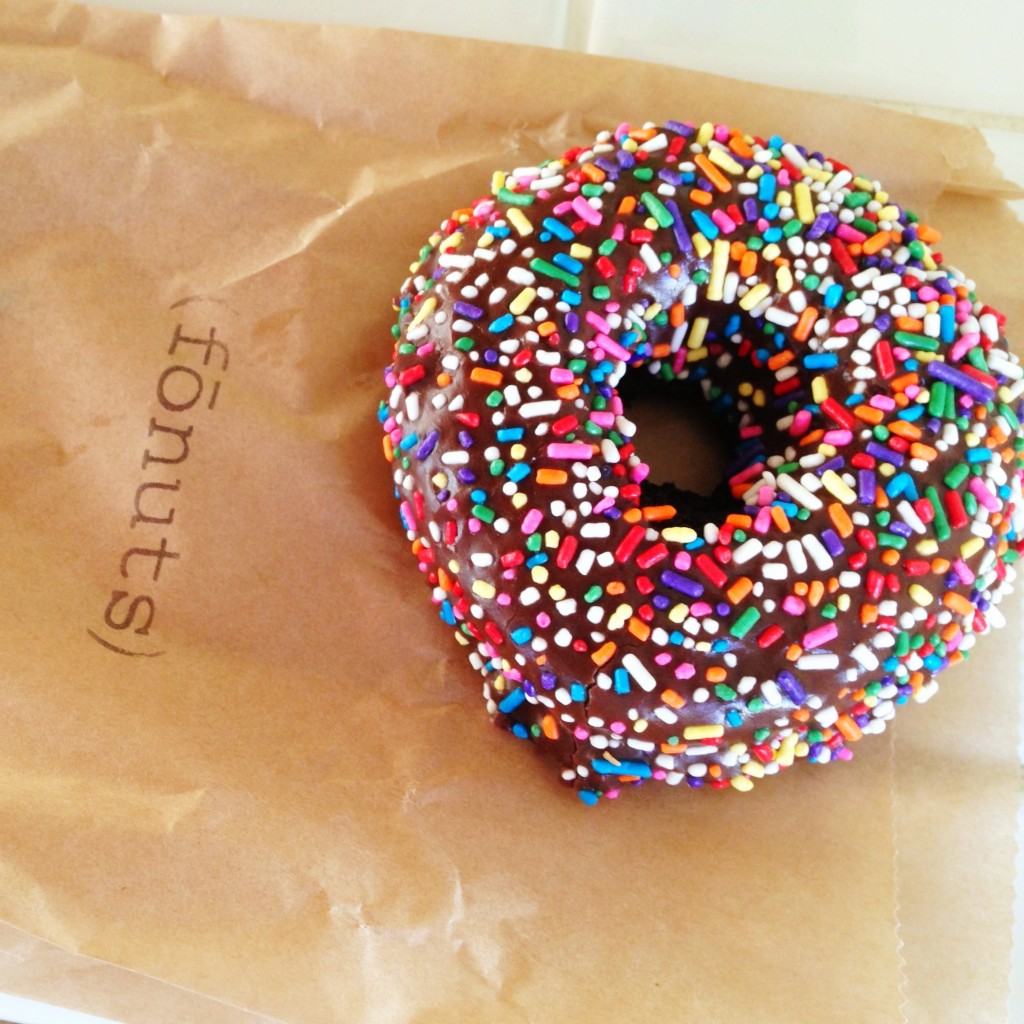 Looks like a donut. But it’s not! It’s a fonut.

I found out about Fonuts Gluten Free Donuts back in June. It was National Donut Day (happens the first Friday every June) and I realized it had been over a year since I had a donut. And it was National Donut Day. I am not even a huge fan of donuts but on that day I began craving a donut and needed to find a gluten free donut. I figured they had to exist out there somewhere!

My search for a gluten free donut also happened around the time Amazon Fresh began delivering to the Los Angeles area. And guess who happened to be an LA Spotlight on Amazon Fresh? Yep, Fonuts. It was a beautiful sign that I was meant to try these gluten free donuts because as much as I wanted to, I wasn’t really up to driving 45 minutes to an hour to check out  the Fonuts Bakery. I bought a half dozen pack of Fonuts and it cost $18. More expensive than the average donut? Yes. But well worth it to satisfy that craving.

I have tasted the peanut butter chocolate, vanilla latte, chocolate coconut, chocolate with sprinkles, banana latte, and the chocolate coconut. I have to admit my favorite is the vanilla latte one. The frosting on it has a really good taste to it. Fonuts makes all of their gluten free donuts using almond flour. They also have vegan donuts if that is your thing.

While the Fonuts gluten free donuts are made using almond flour, they do post the following disclaimer on their website:

“All Gluten Free and Vegan Fonuts contain Almond flour and are made on premises which contain nuts, dairy, flour and other products containing gluten. We are not Gluten Free Certified, however we take the utmost care in preventing cross contamination.”

The c0-owner of Fonuts,  Waylynn Lucas, is on a reality tv show right now called “Eat Drink Love” so even if you don’t live in Los Angeles you may have heard of this bakery before. They currently only offer delivery in LA through Amazon Fresh or by calling ahead and picking up at the store.

You can learn more about Fonuts and their gluten free donuts by visiting: http://fonuts.com/flavors/#gluten-free